Reflection on the Face in the Mirror

I stood still, facing the giant bathroom mirror. Whoosh. The bathroom door swung open, and a group of girls came in, chatting and laughing. I stared into the mirror. A blonde, clearly more than a head taller than I, strolled past, reaching for the paper towel dispenser. Another stocky redhead briskly walked into the stall right behind me. The two different hair colors contrasted sharply with my own under the fluorescent lights. We were all wearing the same cardigan sweater, the same blue plaid skirt, and the same brown leather shoes. My uniform was impeccable, as I had been interviewed by a newspaper not fifteen minutes before. The girl that stared back at me from the mirror was short and skinny. She had a long face with dark brown eyes, black hair, and a big forehead. She was a red belt in Tae Kwon Do; she was a co-captain of Robotics; she was the founder of the school’s American Mathematical Competition team. But she was also an international student.

“When can I stop being an international student?” I asked myself exasperatedly. My memory flashed to the interview. A reporter came in and asked some questions for the local newspaper after I had just been announced as a National Merit Semifinalist. I remembered how she asked me what it felt like to be a semifinalist. I said I was surprised and excited. I smiled a lot and said the things a good student was supposed to say, but what I neglected to mention was that I did not qualify to be a finalist because I lacked the proper immigration documents.

But I did not lack anything else. Were my other qualifications not good enough?

In the back of my head I remembered my first step onto the land of the United States at the age of twelve. I remembered how thrilled I was to be able to listen and finally understand a casual conversation in English; I remembered my American counterparts’ excitement when they learned how to say some basic expressions in Chinese; I remembered how we traded stories of growing up on opposite and customs; we learned from each  other’s experiences.

My mind wandered farther and farther back down memory lane to China as I stood still. It was as if I could still see my cousins and myself through the mirror, running around wildly while our blindfolded grandfather, with his hands grabbing the air and his back stooped, tried to catch us. Memories of grandpa brought warmth into my heart. I smiled, knowing that a part of him has been passed down to me; and, through he was no longer of this world, he would see through my dark-brown eyes and feel through my youthful hands.

Whoosh. The door swung open again, and the two girls walked out, still talking and laughing. I took a deep breath and decided that it was time for me to go. I ambled out and saw a beautiful sunny autumn afternoon through the window. One of my friends ran up to me, patted my shoulder, and cheerfully said, “C’mon, let’s go do some homework and chat outside.” “Sure,” I said as I grinned back. “Hey! Let’s see who can get there first!” She ran past me playfully, leaving behind her a trail of laughter. “Wait!” I yelled after her as I hurried to catch up: “Don’t forget we still need to figure out that one calc problem!”

When I finally sat down on the cool green grass and squinted at the radiant sun, my heart was content. “I don’t lack anything,” I thought. “I don’t need any man-made rules to qualify me. This is me. The complete me is right here, right now, basking under the glory of the sun. And that is good enough.”

5.“uniform was impeccable” 与 “interviewed by a newspaper not fifteen minutes before”,看似是自然承接，实则是介绍个人成就的巧妙切换，也是对下文的必要铺垫。

8. “I smiled a lot and said the things a good student was supposed to say...” 欲扬先抑，此处的微笑与平静是悲伤最痛的表现方式，与后文遭到的不公平待遇形成反差。

11. “My mind wandered farther and farther back down memory lane” 借喻的手法，用具体的名词“lane”来比喻作者抽象的思绪，用 “wander”来取代回忆的动作。

12. “Memories of grandpa brought warmth into my heart” 和 “a part of him has been passed down to me” 仿佛是因果关系的自然承接，但其实是从抽象到具体的瞬间切换，手法浪漫但不累赘。

15. ‘“I don’t lack anything,” I thought.’ 是对前文 “I lacked the proper immigration documents.” 和 “But I did not lack anything else”的最终总结，表明着作者心中的郁结终于释怀。 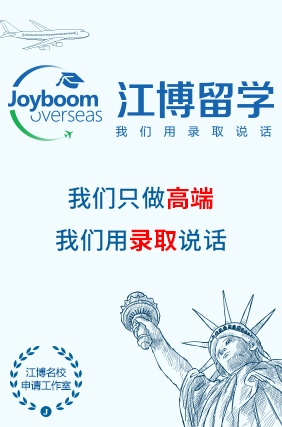 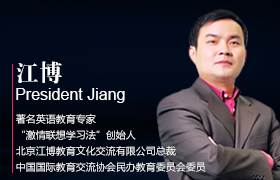